“An unparalleled 68-minute display of courage and skill,” said ComDesPac of the action of USS Howorth, DD 592, during the first massed Japanese suicide air raid following the landings at Okinawa, 6 April 1945.

Howorth was laid down 26 November 1941 at Puget Sound Navy Yard, Bremerton, Washington, with Killen. The two ships were not launched until 10 January 1943—the last two high-bridge ships of the 2,100-ton Fletcher class. Howorth commissioned 3 April 1944, the 161st ship of the class.

Selected letters of shipmate James Orvill Raines to his wife, originally published by shipmates, then edited into Good Night Officially by William McBride.

After shakedown in Puget Sound and off San Diego, Howorth proceeded to Pearl Harbor for training. Assigned to Destroyer Squadron 21 as a replacement ship, she sailed 25 August with ammunition ship Sangay (AE 10) to Tulagi and Purvis Bay, then escorted a floating dry dock to Hollandia, New Guinea. Attached initially to Destroyer Division 41 (Nicholas, O’Bannon, Jenkins and Hopewell) operating with the Seventh Fleet, Howorth supported landings at Wakde, Biak, Sansapor, Morotai, Peleliu, Leyte and Ormoc Bay. While at Leyte in December, she was reassigned to Destroyer Squadron 45. 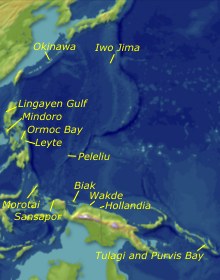 Off Mindoro while escorting a convoy from Leyte, the “Mighty H” was attacked by three suicide planes. She shot down two; the third damaged her mast before splashing. Repaired at Ulithi, Howorth returned in time to support landings at Lingayen Gulf, then participated in the Iwo Jima and Okinawa operations.

Howorth returned to Mare Island for repairs, which were completed between May and early July. After shakedown, the she sailed to Pearl Harbor and then Alaska. On 31 August, she departed Adak for Japan, where she screened flight operations and repatriated prisoners of war. She returned to San Francisco 28 November, then decommissioned 30 April 1946 at San Diego. There she remained in the Pacific Reserve Fleet until March 1962, when she was sunk in torpedo tests off San Diego.