They formed the escort for the invasion of Bougainville, 1 November 1943 and then earned stars for operations in the Pacific war including the cosolidation of the northern Solomon Islands, the Bismarck Archipelago operation and the invasions of the Mariana Islands and Palau.

While Halford continued operating in the Philippines and Braine was detached to join DesRon 23, the remainder returned to the West Coast for overhaul and then were joined in December 1944 by Howorth (DD 591) for the Iwo Jima and Okinawa invasions.

While the five ships of DesDiv 89 ended the war in Alaskan waters, too late to see action there, DesDiv 90 remained with the Third Fleet during its closing operations against Japan.

For her performance as a fighter director ship on a radar picket station at Okinawa, Wadsworth was awarded the Presidential Unit Citation while Bennett, Hudson and Anthony each received the Navy Unit Commendation. 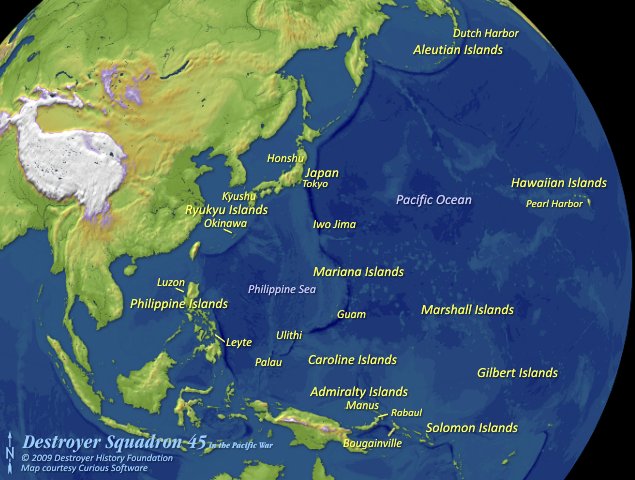