“The torpedo attacks in this battle [of Surigao Strait] were some of the best of the Pacific war. Captain Smoot pressed his attack admirably close, which is the main reason why his squadron was the only one to suffer.” 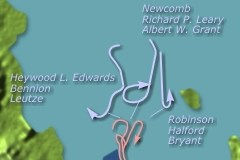 On 19 October 1944, while preparing for the Leyte landings, Ross sustained two mine explosions off Homonhon Island at the entrance to Leyte Gulf. She was replaced for the Leyte operation by DesRon 45’s Halford (DD 480, Leutze’s sister ship from Puget Sound, which had been commissioned April 1943 and initially fitted with an experimental seaplane catapult, removed that November).

Under Capt. Roland N. Smoot, these nine ships attacked in three sections at the Battle of Surigao Strait, 24–25 October 1944. Several ships timed one or more torpedo hits on Japanese flagship Yamashiro, which sank soon thereafter. In retiring, Grant was disabled by as many as 22 enemy and friendly hits, then towed clear from alongside by Newcomb.

In 1945, Robinson and—after repairs—Grant were transferred to Seventh Fleet, with which they operated through the invasion of Borneo, during which Robinson served as flagship of DesRon 22. The other seven ships remained together for the invasion of Luzon.

“Bantam Six,” the squadron’s call sign, gave rise to a stack emblem drawn by Newcomb’s Robert Boyle that all ships carried—a bantam rooster with boxing gloves, spoiling for a fight.

In February 1945, Halford was sent home for repairs when her bow was damaged in collision, after which she was assigned to other squadrons. This left six ships (Newcomb, Leutze, Bennion, Edwards, Leary and Bryant) operating together for the invasions of Iwo Jima and Okinawa.

On 6 April 1945 off Ie Shima, a seven-plane suicide attack disabled Newcomb and Leutze. (The squadron commander transferred his flag to Richard P. Leary.) Newcomb was towed home while Leutze made it back on one screw, but both were scrapped after the war. One week later, an attacking plane hit Bryant in the bridge, putting her out of the war as well. Grant, Leary and Halford ended the war in Alaska.

Especially in light of their squadron’s short service, the collective record of the original ships was a distinguished one, with decorations that included four individual Navy Unit Commendations (Newcomb, Grant, Bryant and Edwards), two additional recommendations (Leutze and Leary) and one Presidential Unit Citation (Bennion). 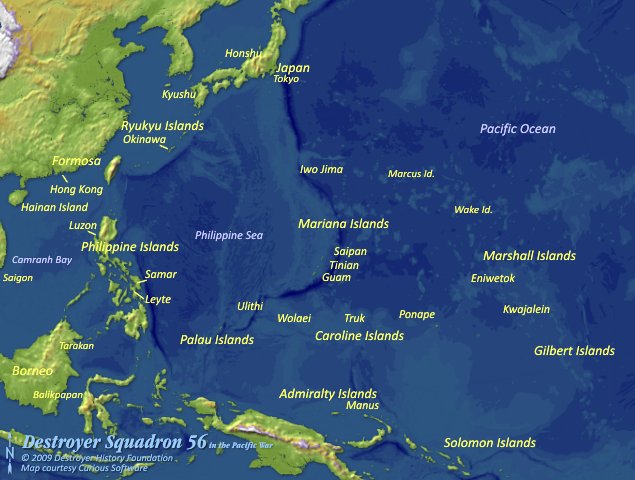