Destroyer Squadron 53 was one of several squadrons of 2,100-ton Fletcher-class destroyers that joined the war after the Solomon Islands campaign and figured in the Third and Fifth Fleets’ climactic campaigns of the Pacific War. It was composed of nine square-bridge ships commissioned between August 1943 and March 1944:

Under Captain Harry Bean Jarrett, embarked variously in flagships Colahan, Halsey Powell and Cushing, the squadron participated in the Marianas, Palau, Philippines, Iwo Jima, and Okinawa operations, concluding with a prominent role for DesDiv 106 in events leading to the formal surrender of Japan: 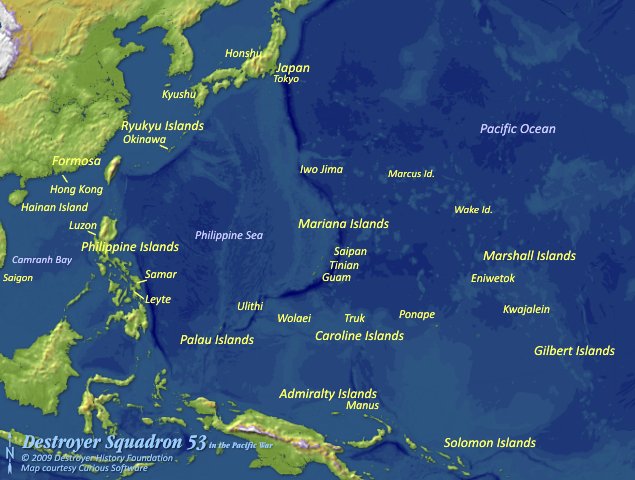