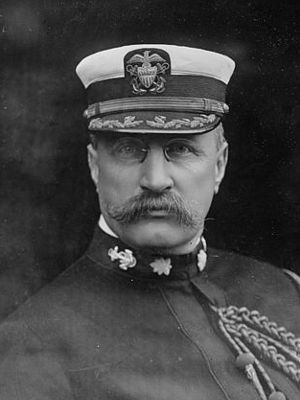 Duty in Trenton, Richmond, Saratoga, and Yorktown preceded his return to Norfolk to supervise major repairs to Pensacola, which entailed pioneer work in applying electricity to warships. He then reported to Concord. On 9 May 1893, his commission as a lieutenant reached him while he was serving in that gunboat. A tour in cruiser San Francisco ended in the summer of 1894 when Grant was ordered back to the Naval Academy for duty as an instructor. Detached some three years later, he returned to sea in Helena and served off the coast of Cuba in Massachusetts during the Spanish American War.

Transferred to Machias on 8 September 1898, Grant was serving in her when promoted to lieutenant commander on 1 July 1900, a month before orders sent him back to the Naval Academy for two more years as an instructor. Three years of service in the Far East followed—as executive officer of Oregon and then as commanding officer of that battleship—before he returned to Annapolis where he was promoted to commander and placed in charge of the Seamanship Department. During this assignment, he prepared a study of naval tactics, The School of the Ship, which became a standard textbook.

On 22 July 1907, Grant reported to the Naval War College for instruction and, upon completing the course in the autumn, assumed command of Arethusa and took that fuel ship around Cape Horn to the Pacific. Detached on the last day of March 1908, he embarked in Connecticut as chief of staff to the Commander of the Atlantic Fleet. During that tour of duty, he was promoted to captain on 1 July 1909. He relinquished his post as chief of staff on 26 October 1909, but remained in Connecticut as her commanding officer.

In the summer of 1917—some three months after the United States entered World War I—Grant took over Battleship Force 1, Atlantic Fleet, with additional duty in command of Squadron 2 and Division 4. This position gave him the rank of vice admiral. December 1918 brought him command of the Atlantic Fleet. The following spring, he became commandant of the Washington Navy Yard and superintendent of the Naval Gun Factory.