Destroyer Squadron 55 was the second of three squadrons of 2,100-ton Fletcher-class destroyers deployed in time for all attached ships to serve in the Marianas operation in 1944. It consisted of nine square-bridge ships as follows:

Porterfield arrived in the war zone in time to participate in the Marshall Islands operation while DesDiv 110 and Callaghan joined the Third Fleet for the Hollandia operation in support of Gen. MacArthur’s New Guinea land campaign. The entire squadron less Cassin Young then moved to the Marianas and continued in support of carrier operations through the remaining major amphibious operations of the Pacific war at Palau, Leyte, Lingayen Gulf, Iwo Jima and Okinawa. 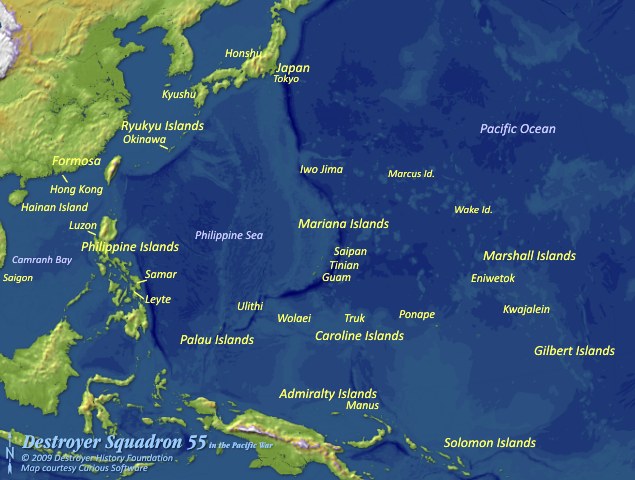