The squadron formed slowly. First to arrive in the war zone was Bullard as part of a 40-ship task force centered on Essex, Yorktown and Lexington for a 5–6 October strike on Wake Island in the Central Pacific. On 11 November, Kidd and Chauncey joined her in RAdm. A.E. Montgomery’s Task Force 50.3 escorting Essex, Bunker Hill and Independence in the second of two strikes on Rabaul following the landings on Bougainville.

Flagship Erben and Hale joined them for the invasion of Tarawa in the Gilberts later that month. In 1944, the entire squadron was present for the occupation of Kwajalein and Majuro in the Marshalls from late January-March.

In early April, Bullard was detached for the occupation of the Admiralty Islands and was joined by Abbot and Stembel for the Hollandia operation in late April and May. The entire squadron operated together again in the Marianas operation and, less Bullard, remained in the theater for the invasion of the Philippines in October.

Abbot operated with DesRon 21 during further operations in the Philippines. Stembel was with her in Luzon, and then participated in the Iwo Jima operation.

The entire squadron less Abbot participated at Okinawa, where Kidd was damaged. The remainder of the squadron less Walker continued on to Japan with the Third Fleet.

The squadron was fortunate not to sustain any ship losses. 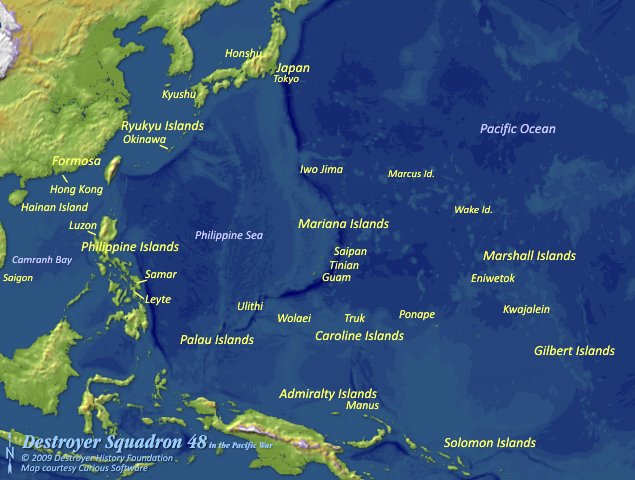