First to join Pacific Fleet operations at sea in September 1943, Trathen participated in the occupation of Baker Island while Hazelwood participate in a raid on Tarawa in the Gilberts. Both ships then operated with RAdm. Montgomery’s Task Group 14.5 in the raid on Wake Island in early October. Hazelwood, Heermann, Hoel and Franks then participated in the Gilbert Islands operation before the remaining ships of the squadron joined them for the Marshall and Palau Islands operations.

Attached to the Seventh Fleet for the Leyte operation in October 1944, the squadron was assigned to Rear Admiral Thomas L. Sprague’s Task Group 77.4—eighteen escort carriers on station outside of Leyte Gulf in three task units as follows:

Operating off the island of Samar on the morning of 25 October 1944, Taffy 3 was surprised by a Japanese force of battleships, cruisers and destroyers. While the carriers launched planes to attack the closing enemy formation, Taffy 3’s screen put on an heroic defense in which Hoel, Johnston and Gambier Bay were lost; St. Lo was also sunk by a kamikaze later that same day.

The six destroyers of Taffy 1 and Taffy 2 continued on to the Luzon operation; then all seven remaining ships moved on to Iwo Jima.

In March in the Okinawa operation, Haggard rammed and sank I-371. Later, she and Hazelwood were both severely damaged by suicide aircraft.

Heermann, last to leave the war zone, also participated in the Third Fleet’s operations against Japan in 1945.

Hoel and Johnston were lost to enemy action during the Battle off Samar, 25 October 1944.

Taffy 3, including Heermann, Hoel and Johnston, received the Presidential Unit Citation for its action during the Battle off Samar. 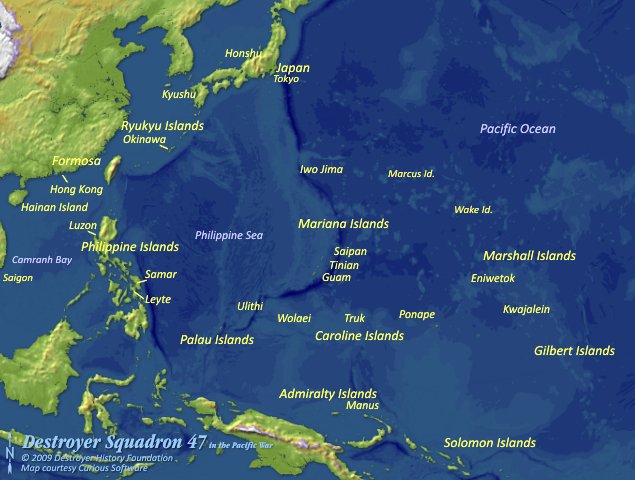