For much of 1944, the squadron operated together with Adm. Marc Mitscher’s fast carrier force of Task Force 58 and 38, screening Enterprise and a changing cast of other carriers in RAdm. John W. Reeves’ Task Group during the Marshall Islands and Marianas operations, including the Battle of the Philippine Sea.

The squadron split into divisions for the Leyte operation, with all ships participating in the Battle off Cape Engaño and supporting the Lingayen Gulf landings. Then, while DesDiv 100 returned to the West Coast for overhaul, DesDiv 99 continued to operate with carriers in strikes on targets throughout the western Pacific, including Tokyo as early as February 1945. The two divisions reversed roles in time for the Okinawa operation, with DesDiv 100 continuing to operate with the Third Fleet off Japan in the summer of 1945.

DesDiv 99 returned to the war zone in time to join DesDiv 100 in entering Japanese coastal waters in late August and Tokyo Bay in the days soon after the surrender on 2 September. For varying periods thereafter, all nine ships remained in Japanese waters before returning to the United States and decommissioning. 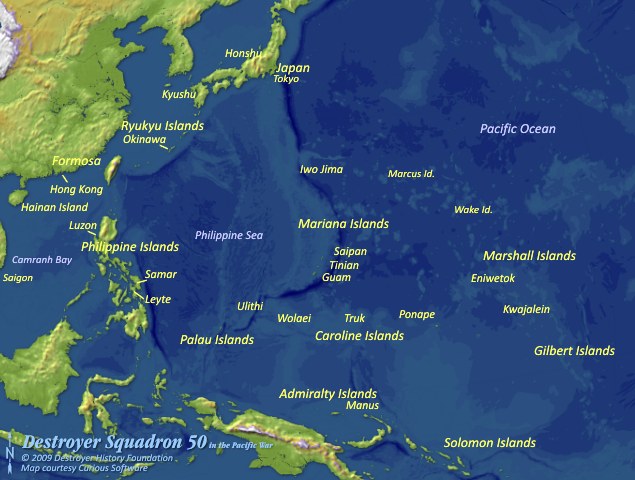